Assignment during my studies at the Academy of Visual Arts Leipzig, in the class of Professor Markus Dreßen

Built around 1870, the Leipzig South Cemetery is one of the biggest cemeteries from the romantic age. It is designed to looke like a work of nature to its visitors, rather than a work of man.

From above however, it becomes obvious it was very much planned. The layout of the cemetry is modeled after the leaf of a lime tree. This tree plays an important role in for city of Leipzig, the Sorbian word of lime tree (Lipa) is even its name-giver.

Using this simplified map for an environment that looks very complex to its visitors, routes can be followed along the graves of artists, entrepreneurs, scientists, famous personalities or victims of war. 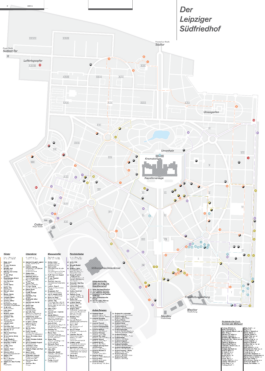 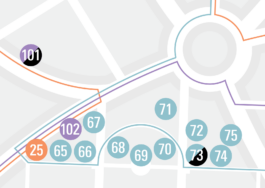 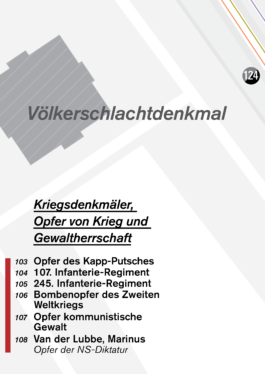