For the new headquarters of Booking.com, that is to open in 2023, I was responsible for the graphic design, the pictograms and the grid system holding it all together. Additionally, I participated in the wayfinding strategy and product design.

Instead of only directing the shortest route from A to B within the building, the concept of the wayfinding system was based on letting users of the building explore and wander, just as travellers do. Within the building, work areas are named after popular travel destinations, shortcuts invite to being explored.

The aim is that the future occupants of this building will enjoy their workday as much as possible.  The wayfinding system reflects this joy with the use of playful pictograms that have the occasional joke hidden in them. 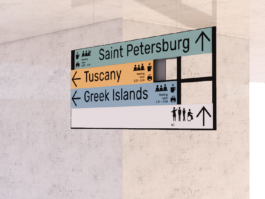 The wayfinding system uses a metal grid on which the elements containing information are placed. The amount of information determines the size of the grid element, but due to the varying contents on the signs, parts of the grid will not be filled with information. This can lead to holes to see through, or the plates at the other side of the sign can be seen, creating an ever-changing pattern. Depending on their location, elements can be flat and suspended from the ceiling, or boxy and wrapped around columns. 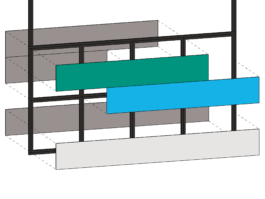 For this project, the Rubik font by HFS Studio was selected. With its monospace-appearance and rounded corners, it connects to the world of coding from which booking.com originates as a tech company. To match this font, pictograms were designed with the same mix of geometric constructionism and roundedness. 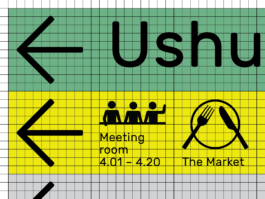 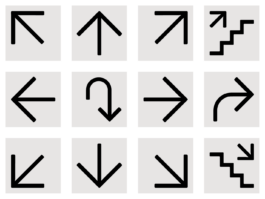 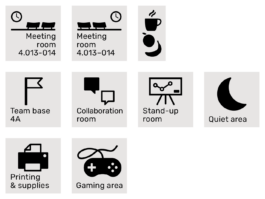 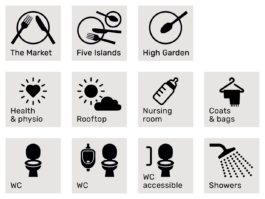 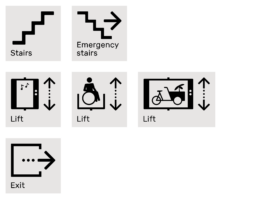 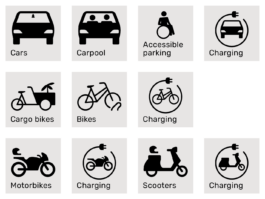 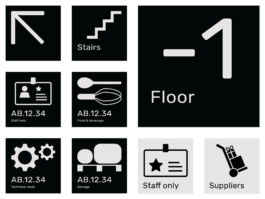 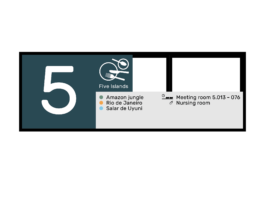 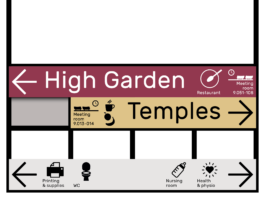 The pictograms originally designed for this project were based on characters: the personas that use this building.
After finishing these pictograms, Mijksenaar was contracted again to come up with a non-binairy solution instead of toilets showing pictograms representing men and woman. It was a bit sad to see all these nice little figures go, but there was no other way. The solution chosen was to show toilets and urinals on signage, instead of the men and women we have all learnt to associate with toilets. Showing "the porcelain" was the only way for a real gender-neutral solution; by this time the core of the building was already built, making it impossible to change the physical shape of the toilet facilities.
My former colleague Anna de Jonge wrote a fantastic white paper about the (search for) the ultimate all-gender toilet pictogram, during her time at Mijksenaar. You can read it here. 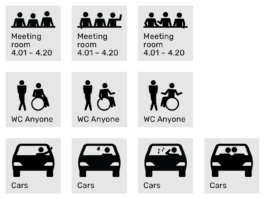 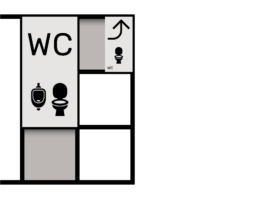